In Defense of Taylor Swift


Okay guys, we gotta talk about something. 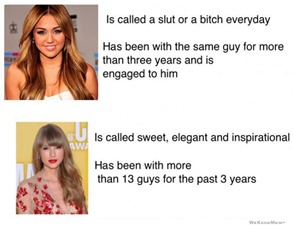 This absolutely makes me sick. I get that it’s really cool lately to talk about how much you hate Taylor Swift, and talk about all of the guys that she dated. I know that everyone likes to talk about how her music is so terrible, and how she’s an uncontrollable slut-shamer. And this? This is where I get confused. Do two slut shamers make a virginal goddess? I don’t know. 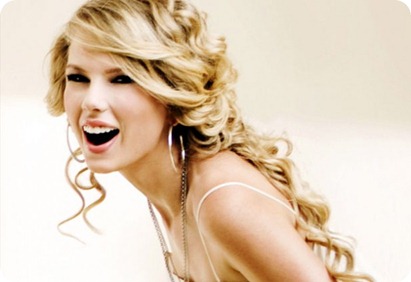 2008: Taylor publically dated Joe Jonas.
2009: Taylor dated Lucas Till briefly.  She then dated Taylor Lautner for most of the year. Towards the end of the year, she began dating John Mayer.
2010: Continued dating John Mayer for the beginning of the year. She was then linked to Jake Gyllenhaal for a few months.
2012: Taylor dated Conner Kennedy. She was then linked to Harry Styles, but let’s be real- that was a huge publicity stunt for both of them, and it TOTALLY worked.

Now, Taylor swift is 23 years old.  Over the course of the time that she’s been “in the public sphere,” she’s been linked to 7 guys. She hasn’t had any drug issues, or unwanted pregnancies, or got arrested, or anything like that. She dated seven dudes.

At 23, I’d be really hard pressed to think of a friend who hasn’t had in the range of 7 relationships.

As far as I can tell, as a slightly more than casual fan of her, mostly what Taylor does is bake cookies, watch TV with her cat, and turn her diary into songs. I just don’t get it, people. Taylor doesn’t flaunt her sexuality to her young fans. She doesn’t go back to guys who hit her. She doesn’t steal men from her fellow women. 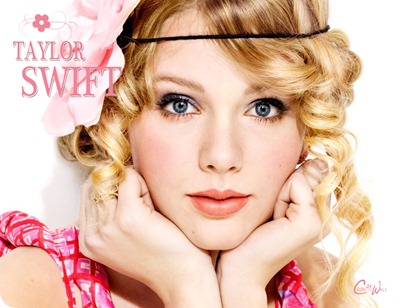 Talk to me about this, please! I really want to know why people use Taylor as such a scapegoat, why there is such a strong dislike for her. Let me know what you think.