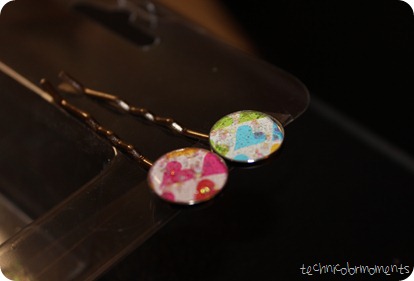 I’ve got another SUPER easy craft project for you guys for today! I was going to try and make a video on this, but it ended up being SO simple that it was hardly worth filming a video on, honestly. Like, it would have taken longer to set up a tripod than this whole project took. Which is awesome for YOU, because it’s just that easy. 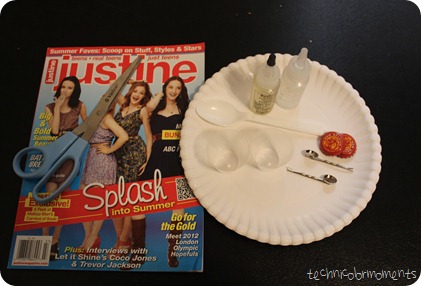 What you’re going to need is a magazine (or pictures from online, or anything else you want to put into the clips), scissors, all of the stuff that comes in a resin kit (the actual resin, hardener, two mixing cups and a plastic spoon/popsicle stick/etc) and then the clips themselves. I got mine from Hobby Lobby and I think it was $3.99 for a pack of 12. They’re just hair clips with hollow disks on the tip!

I also filled in some bottle caps, and this tutorial could be for that too. You could use the caps as magnets, on necklaces, or even glued onto hairclips! 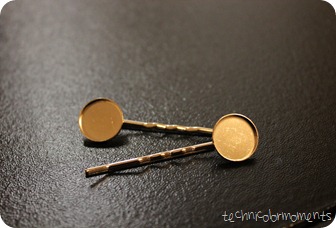 Here’s another view of the hair clips,
just so you know what you’re looking for. 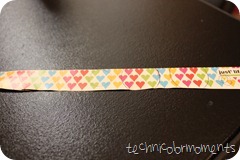 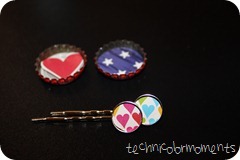 Okay, so go ahead and cut out whatever it is you’re using. I found this strip of hearts that I thought was so cute, so I’m using that for both hair clips. I also have a plain heart for one of the bottle caps, and the other is some stars from an Olympics article (old magazines, FTW!)


Cut them to size, and stick ‘em in whatever it is you’re sticking them in! 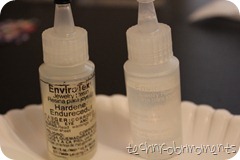 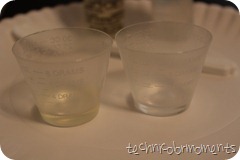 Now go and mix the resin and the hardener following the directions on the package. The stuff I have from Michael’s says to mix in exactly even measurements, and then has specific stirring instructions. Just read the box, okay?

Go ahead and port that over your pictures. If you want to add in glitter (which I, of course, did), do it now. Sprinkle the glitter right on into the poured resin. 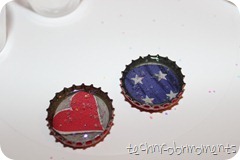 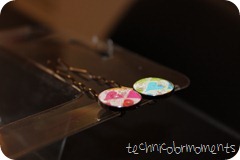 Then, make sure you sit them somewhere flat and stable to dry, because these will take AT LEAST 48 hours, but in my experience it can take as much as four days. Don’t do this if you need the clips immediately. You need to be patient. Trust me, you can wait. As you can see for the clips, I have them stuck onto just some old packaging so that they sit flat.

Finally, here’s just a couple more I did the other day when I was first trying this out; I made nerd clips! Just a simple TARDIS, a hanklerfish, and the Hufflepuff crest. 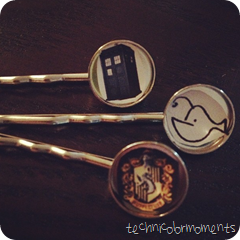 Let me know if you guys try this, I’d love to see how they turned out! If you don’t try it, let me know what you would most want in a hairclip.