It’s time for there to be a WINNER!

Alright so as you guys all know, I hosted a giveaway on my facebook through all of October, and as it is now October 31st, (HAPPY HALLOWEEN EVERYONE!) it is time for me to announce the winner!
Read more »
Posted by jenn_are at 6:03 PM No comments: Links to this post

Hey guys! So I decided that I want to start doing monthly favorite posts. I know a lot of beauty vloggers/bloggers do these, and I’m not a beauty blog by any stretch, but hey, I like stuff too! I’ll most likely have beauty stuff in here, but I also am going to include things and places and people and other noun-y things I like this month, too. So, without further ado, My October Favorites!
Read more »
Posted by jenn_are at 10:30 AM No comments: Links to this post

I call this a makeup bag, but it could also be a pencil case, accessory pouch, pretty much anything you could imagine. I’m also going to show you how to make the pattern, so even though mine is 8x3x3, yours doesn’t have to be! So if you’re ready to learn how to make this adorable pouch, keep going! 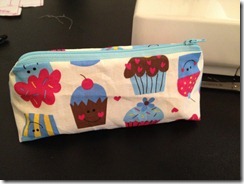 Read more »
Posted by jenn_are at 9:28 PM No comments: Links to this post

Apparently, my apartment complex has a Halloween Door Decorating contest, with a judging on October 31. I just found out about this last night, so I had to act quickly. I made a quick trip to both Michaels and Target today, and this is what I came up with:

The most fun part of this was definitely making the full moon wreath- I'm not going to lie, I googled for quite a bit trying to find one to go off of and there was NOTHING. So, I'm going to show you how I did it! I would probably do this a little differently if I were to do it again, so I'd love to see what YOU come up with if you do this.

If you wanna learn how I made my full moon wreath, keep reading!
Read more »
Posted by jenn_are at 3:58 PM No comments: Links to this post

Part 1:
Yesterday was GLAAD's Spirit Day- the day where we all wear purple to show support against bullying in the LGBT community. I decided that since I've had such luck meeting people and being social this week (see part 2), I should go out and show my support to the LGBT community here in Charleston- let's be real, the south isn't really known for being overwhelmingly accepting of differences, and I plan to do my darnedest to keep my bleeding heart liberal leanings.

So around 5:00 I drove down to the beautiful Brittlebank Park, which is another one of those places that makes me almost think I could live here forever, and just sort of awkwardly stood there alone for a few minutes until another shy voice ask, "are you alone too?" My new friend Kayla and I spent the rest of the evening together, listening to the amazing performers and speakers at the rally.
There were other speakers, and some really great musical performances, but that purpleish light? Yeah, that made photography almost impossible. Trust me though, there are some talented kids in Charleston. And then, the keynote speaker of the event was this guy- Tyler freaking Oakley. I'm not going to fangirl here- although in full disclosure, I will say that he is one of the main reasons I went, and that I brought him a handmade bow tie which he loved (oh my god he pulled out his own phone to take a picture of it/me and holy moly did I freak a bit)- so I'm leaving it there.
After Tyler spoke, there was a beautiful candle light vigil for the many people in Charleston and everywhere else who have committed suicide due to bullying.
It wasn't a Philly Pride by any stretch of the imagination- everyone had pants on, and there were no painted poodles, but it was great to see that the sense of community still exists here.


PART 2:
There's this place down here called SpaceCraft Studios. Holy moly, it is the most wonderful place I've ever been. It's one part store (selling the work of handmade crafters around the country), one part craft class, and one part open craft space. I dropped by once this week just to hang out and sew somewhere that isn't my living room, and it's just amazing.

The walls are lined with shelves of buttons and findings and string and everything you could ever need or want, and the owner, Allison, is definitely one of the flat out coolest people I've met in Charleston. There are a ton of cool classes there- Ductagami, anyone?- and I'll even be teaching one there in mid-December, so stay tuned for that ;)

And, I gotta be honest- here's the coolest part of Spacecraft:

Anyway- if you're from the area, or are visiting, you should definitely stop by and check this place out. The class schedule is on the website linked above, and there's 100% something for everyone. I have a new favorite place in Charleston. Really, just go to this place. I can't say enough great stuff about it.

Oh- and if you aren't doing anything Tuesday night, there's a supply swap taking place, and I'll totally see you there :)

Posted by jenn_are at 9:53 AM No comments: Links to this post

I have some exciting news- for you! I'm hosting an October giveaway from my etsy shop via my facebook page.

I had set up the contest to be that if I hit 100 followers by Halloween, I would give one randomly drawn person any $10 item from my store, or a $10 credit for a larger item. Well, I hit 100 way earlier than I expected, so now it's a sure thing that one person will be winning a Technicolor Moments item! I've added a second incentive that I'll give a second prize- the same thing, just to a second person- if the page hits 200 likes. So take a quick minute and go like the page!

The second step is you must leave a comment on any item in the CURRENT STOCK album to tell me what you'd like to win. You can always change your mind when you win/if I add new things you like more if I pull your name, but I'm using those comments to draw the list of entrants, so make sure you've commented if you want to win!

Thanks for helping me out with this dream o' mine :)

Posted by jenn_are at 8:15 PM No comments: Links to this post