Set over the course of one school year in 1986, ELEANOR AND PARK is the story of two star-crossed misfits – smart enough to know that first love almost never lasts, but brave and desperate enough to try. When Eleanor meets Park, you’ll remember your own first love – and just how hard it pulled you under.

What I thought: I really enjoyed this book, a lot. I heard a lot of mixed reviews on this book, and by “mixed” I mean everyone (including Stephanie Perkins who blurbed it and also John Green) absolutely loved it, except for those who didn’t like it because of some racial stereotypes and such.

The book was set in 1986, which is the reason I was really able to shrug off the stereotypes? I don’t know, I guess I’m “okay” with fictional, casual racism when it’s relevant to the time period. That sounds bad, but I’m about being honest.

Despite that, it was a really good story about the importance of first love, and being kind to those around you. It addressed child and domestic abuse in real ways, and there wasn’t much sugar coating of the bad done in this book; instead, Rowell used the Eleanor’s abuse as a contrast to Park’s family.

I think the best way to describe this book is honest. This book felt real to me in a way that a lot of YA love stories don’t. Eleanor was bullied, her home life was total shit. Park had problems with his father and fought with friends. They found each other and everything turned out, well... Not perfect, but everything turned out.

Read this if: you are looking for an honest read, want something that feels truly real, or want to be reminded of the feeling of first love. 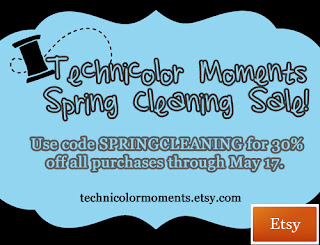 Posted by Technicolor Moments at 9:00 AM