Why My Life is Awesome

I complain a lot. I know I do. But can I just take a quick minute of your time to talk about why my life is awesome? I mean, you guys read about stuff that sucks, so let’s take a bit to slow down and enjoy the little things. 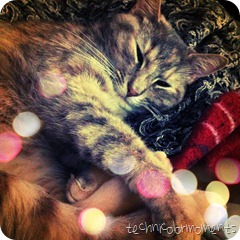 (if you click to keep reading, there’s another kitty.)

Okay so I got a cat last week. Her name is Ampersand, and she’ll be 2 in February. I never really had a pet growing up, unless you count fish and things like that, and I never really even liked animals very much, but a friend of my husband’s had to get rid of her, and husband knew I had been kind of bumming about being home alone so much, so he brought got her for me. She’s the sweetest thing in the whole world, even when I wake up to her falling on me from the window ledge over the bed.

I’m not the kind of person who considers pets to be part of the family or “my child” or anything like that, but man, if she isn’t the sweetest little kitty I’ve ever met in my whole life. 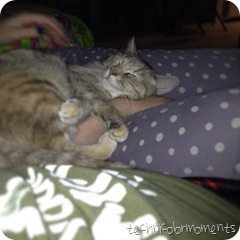 I also acquired something else I’ve wanting for a while- a really awesome friend here in South Carolina. Chloe is like, the person I wish I was at 17. (yes, she’s seventeen. let’s get over that. thanks.) When I was 17, I was a mess. I was all over the place, I didn’t know who I was, I was loud and obnoxious and just- yeah. If you knew me at 17, and still like me now, you deserve an award.

Chloe isn’t ANY of those things. She’s sweet and funny and, at least as far as I can tell, she has a pretty good idea of the person she is and wants to be- and I like who she is. 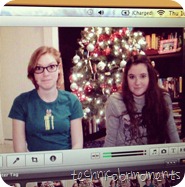 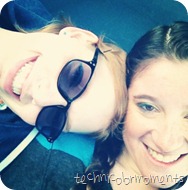 Life is so different when you have a good friend. Someone who you can romp around Target with, and make fun of people with, and swing dance with when you want to avoid creepy people who might ask you to dance and build giant LEGO spaceships with. We met through the Charleston Nerdfighter Group and although we joke that we’ve adopted her, she’s by far one of the most wonderful friends I’ve ever had, and I’m hoping that nothing about that changes between my military life and her desire to study abroad.

Third, I have been crafting up a damn storm lately. Besides the regular sewing I’ve been doing for etsy, including that new slouchy bag which will be up soon in a bunch of colors and designs, I’ve also done a lot of stenciling, glass etching and bread making. Yup. My life has been a crafty adventure lately, and I love every minute of it.

I really feel like I can eventually, hopefully, someday turn this into my full time life. Making enough on etsy/crafting to live off of would be my second dream, after owning a bookstore. I want nothing more than to be able to craft, and to inspire others to craft. It’s really what I live for. 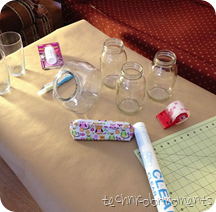 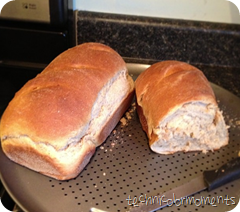 Finally, I don’t really know 100% what this means yet, but I just got an email that Wonderly wants to feature me as a Fan of the Week. I know this entails having a video featured, but I don’t know what to expect from that. I’m just so honored- I don’t know if I said it on here before, but as I mentioned in a tumblr post, I was blown away when I saw how many of my youtube “idols” are involved in the Wonderly project, and it’s  just such an amazing idea. I’ll share more with you when I have it, but just know that I’m having Wonderly dreams tonight.

On top of all that, I have an absolutely amazing husband who doesn’t mind when I stay home to sew instead of go work a job I hate, and who makes me wonderful dinners before going off to work awful night shifts, and who takes care of me when I don’t feel well.

I also have an amazing family who, despite the distance, still makes the effort to be a part of my life.

I have friends back home who have made the trip to see me, and I’m oh so appreciative.

Guys, my life is pretty good right now. Tell me in the comments, what are some good things in your life right now?

PS: I’ve been posting youtube videos pretty regularly, you should go check those out too :D
Posted by jenn_are at 10:23 PM