I had a friend in from out of town this week which meant I got to play my favorite game: South Carolina Tour Guide. (Spoiler: I’m really effing bad at it!) My friend Jenn (yep.) and I went to Magnolia Plantation & Gardens, which was founded in 1676. 1676.  As I said to Jenn as we were driving in, this place was a place before this country was a place. That’s absolutely mindboggling to me. Like, I get that that’s totally an North American view of the world, because other countries have things that date back so much further, but I really don’t think there’s much here that has survived since the 1600s.

According to the website, “Magnolia Plantation has survived the centuries and witnessed the history of our nation unfold before it from the American Revolution through the Civil War and beyond.” They also note that besides being the oldest tourist site in the Lowcountry, it’s also the oldest public garden in America, which is pretty damn cool.

You can buy food there, and also take a train tour or a boat tour (for $8 each, on top of the $15 admission) but I suggest what Jenn and I did: we brought lunch with us, and ate in the beautiful picnic area, and then just followed the numbered signs around the gardens. We got to see everything at our own speed, and we tend to get a little silly, so we didn’t have to worry about upsetting or offending anyone this way.

I took a TON of pictures (obv.), so read on to see some of that. Did I mention there was a peacock? 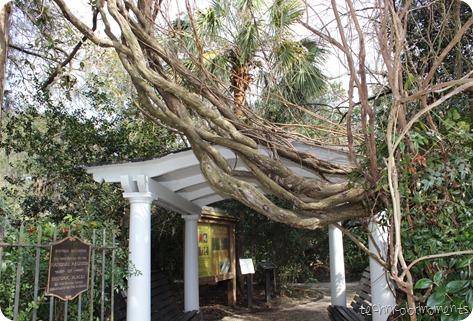 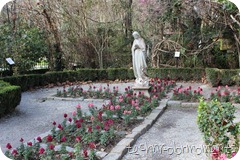 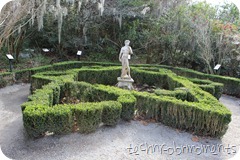 There was quite a bit of religious imagery, and despite the fact that I’m not religious at all, for some reason I really like religious art, so I loved these arrangements with the statues in them. 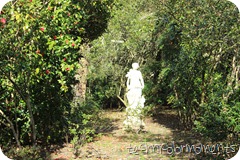 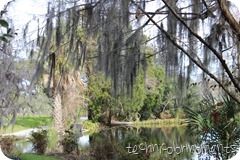 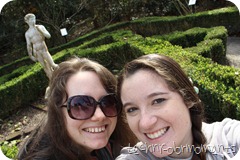 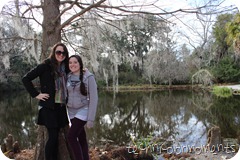 If you just go with yourself/one other person, there’s a surprising number of things to set your camera on to take pictures with a timer, no need to bring a tripod! Also, note us hanging out with David, he was a pretty chill guy.

And now, the Petting Zoo portion. The Petting Zoo was completely free and unguarded, we just walked in and hung out with the animals: pigs, goats, deer, ducks, peacocks/peahens and hens/roosters. 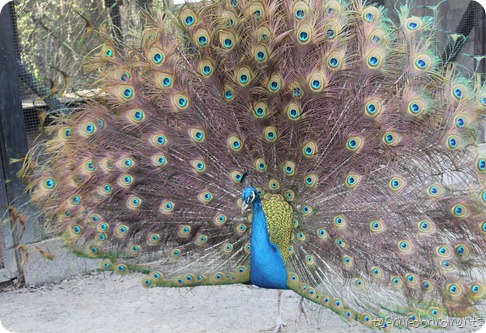 The peacock hit on me. Like, walked up to me, shook out its butt and plumed up. I was impressed. 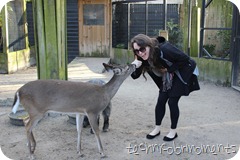 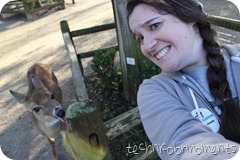 Then, I took a selfie with a deer. That’s normal right?

Anyway, it took me way too long to get around to going here, and I’m glad I finally did. I highly recommend it, and will probably be going back shortly, because it was so beautiful. I really am excited to go back in the spring/summer and see it all in full bloom.

Do you have any place like this near you? What animal would you most like to take a selfie with?