Man, I can not believe that it is already time for me to do this post. I really feel like doing these posts may be making the time go faster than it already has been.

I don’t have much in the way of beauty this month- actually pretty much all of my favorites are sort of “Random” favorites this month. But regardless, without further ado, here are my January Favorites. 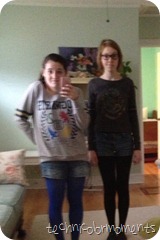 Now, I apologize for this terrible mirror shot from the day that Chloe and I accidentally both wore tights, shorts and Hogwarts sweaters, but this is the style I (well, we, really) have both been rocking. I don’t know if it’s Amy Pond’s influence, or if it has more to do with the weather here- too cold for shorts, too warm for jeans- but this has been my go-to style for quite some time.

For a while, I had been wearing leggings and shorts, but then I discovered the amazingness of tights. So many beautiful colors, and a big lighter than the leggings. I can honestly say the best tights I’ve purchased lately have been from Claire’s, and they’re these fleece lined tights. They’re like wearing a hug, and it’s amazing. The runners up are the ones from Target. $5, and they’re perfect. The worst? American Apparel. $21 for a pair that ripped after two wears. Not worth my time. Tights are seriously the new best thing I’ve discovered.

Typography. Now this isn’t new for me, but I’ve been going serious with it this month. I have always been such a huge fan of typography, specifically punctuation. I just can’t stop drawing them this month! I’ve been playing with so many fonts. I’ve even been toying with the idea of turning my quotation mark tattoo into a full punctuation sleeve? 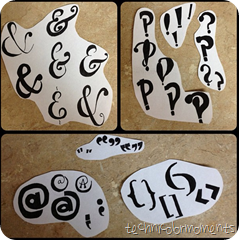 On a less permanent note, I also think I’ll be adding some Interrobangs and Ampersands to my etsy shop, in terms of stencils and stuff like that in the near future. I’m just obsessed.

Essie’s Matte About You Top Coat. This stuff isn’t new or particularly unique anymore, but I’ve actually gone back to it a few times this month. I’m actually wearing it today. I love getting two finishes out of a single nail polish with this stuff. 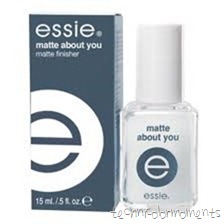 I don’t know how to properly explain Wonderly myself, but according to the site, “Wonderly is a place for innovative, female creators and audiences to meet, collaborate, and celebrate each other’s creations.” Basically, it’s where all of my favorite youtubers, who I’ve talked about over and over again are collaborating, and where people like me- the ones who are just starting out- can also get involved and be a part of the group.

And, without spoiling anything for the future, we *will* be talking about Wonderly again soon.

And, if you thought you were getting off without seeing my kitty- Ampersand :D You know who she is, the two year old cat that I’ve had for almost three weeks. I just want to show her off again. You don’t mind, right? 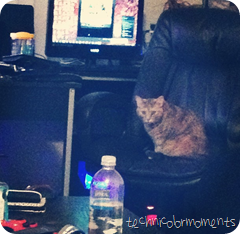 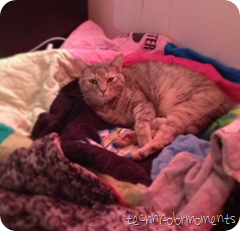 And that’s it! What are you guys loving this month? Let me know in the comments, and if you have a post or video, I’d love to see it!