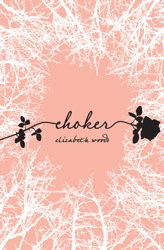 Summary from Goodreads:
Sixteen-year-old Cara Lange has been a loner ever since she moved away from her best and only friend, Zoe, years ago. She eats lunch with the other girls from the track team, but they're not really her friends. Mostly she spends her time watching Ethan Gray from a distance, wishing he would finally notice her, and avoiding the popular girls who call her "Choker" after a humiliating incident in the cafeteria.

Then one day Cara comes home to find Zoe waiting for her. Zoe's on the run from problems at home, and Cara agrees to help her hide. With her best friend back, Cara's life changes overnight. Zoe gives her a new look and new confidence, and next thing she knows, she's getting invited to parties and flirting with Ethan. Best of all, she has her BFF there to confide in.

But just as quickly as Cara's life came together, it starts to unravel. A girl goes missing in her town, and everyone is a suspect—including Ethan. Worse still, Zoe starts behaving strangely, and Cara begins to wonder what exactly her friend does all day when she's at school. You're supposed to trust your best friend no matter what, but what if she turns into a total stranger?

What I Thought: About 15 pages into this book, I turned to my friend who had lent it to me and said, "[major plot twist spoiler], right?" She refused to confirm or deny, but as it turned out, I was right. That being said, it was still a really good story. I don't know why the plot twist was so obvious to me, and I don't really think most people would pick it out so quickly- it wasn't an overused device or anything like that at all.

I thought this book was paced really well, with a good narration all the way through. Even though I wasn't shocked by the ending, I really enjoyed how it was handled and delivered. The characterizations were really believable, and one of the strong points of the novel.

Also, mental illnesses are handled pretty well in this novel as far as I'm concerned.

Read this if: want something that is fast paced & a quick read, don't mind if the plot twist might become clear too soon, or want something a bit darker. HOWEVER- there is death in this novel.