Hey guys! So I decided that I want to start doing monthly favorite posts. I know a lot of beauty vloggers/bloggers do these, and I’m not a beauty blog by any stretch, but hey, I like stuff too! I’ll most likely have beauty stuff in here, but I also am going to include things and places and people and other noun-y things I like this month, too. So, without further ado, My October Favorites!

1. Local, independently owned stores. I mentioned one last week, SpaceCraft Studios, but there are two more I just recently discovered. One is a children’s bookstore called A Very Little Bookstore, which is owned by the sweetest woman ever, who is 100% living my dream. If you know me, you know I want to own a children’s/YA bookstore, and while this isn’t a YA store, it is the most perfect children’s bookstore in the world. I want a child just so I can hang out there. The owner is AWESOME, and I can’t wait to pre-order all of my books in the future through her so I can stop giving money to huge corporations for the books I want to read. The second is another fabric/sewing place, and it’s called People, Places & Quilts. They have some of the brightest, prettiest fabrics I’ve ever seen, and they will sell fat quarters of any fabric for $3. Um, hello, perfect. They also teach classes there, and I’m looking forward to taking a couple. Both of these places are in Downtown Summerville, which is a great little town, despite the fact that it is also home to my last awful job.  But yeah- I’m on a constant search for more awesome shops like these, and I can’t wait to find more.
2. Lights, Camera, Lashes! Mascara. If you recall, I got this in my Tarte Carried Away Collectors Set. I didn’t even really talk about it in that post because I hadn’t used it yet, but I have been using it pretty much as my go-to mascara all month. I. Love. It. It makes my lashes look so long and full and it isn’t clumpy at all. It just makes my eyes pop right open. I’m dreading the day that my sample runs out, because it’s pretty expensive, but I know I’m going to need to get more. Before this I’d only used all of the like, Maybelline and CoverGirl mascaras and stuff, but I’m now seeing the appeal of a higher end mascara.
3. The “Your Away Message” Twitter. Literally, my life in middle school. I was always on AOL and AIM on at minimum two different accounts, usually more- and I was all about clever and cute away messages. I’m pretty sure whoever runs this twitter must be a friend of mine, because these are all my old away messages. I find myself retweeting this account all the freaking time. >>let's get these teen hearts beating fASTER && fASTER.<< (&etc.)
4. Taylor Swift’s RED. Okay actually, I’m a little disappointed with Red. I mean, I remember when both Fearless and Speak Now came out, I instantly loved every single song without exception, and I don’t feel that way about Red. But even so, a less than perfect new Taylor Swift album is still a new Taylor Swift album, and there are some serious winners on this album. I’ve been LOVING Stay Stay Stay, 22 and a couple other songs which haven’t been put up on her youtube yet. Those two are my favorites so far though. I’m honestly a little sad that I’m already 23, because 22 is so perfect. 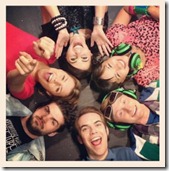 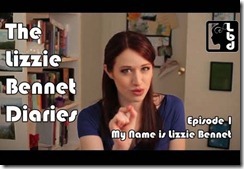 5. MyMusic Show AND The Lizzie Bennett Diaries. Both are scripted YouTube shows, and are completely different but both sooooo good.

MyMusic by The Fine Brothers is about a fictional music production company where every employee is a very specific stereotyped music genre. They do a weekly sitcom episode, MyMusic Presents where they showcase other musicians with live performances, Music News with actual relevant news information and The Mosh which is a Q&A show wih the “staff”. All of the MyMusic staff members are on twitter, tumblr, facebook, etc, and it just really feels like it’s a real company with real people. They also release a half hour episode every few weeks combining the previous bunch of episodes into a tv length one with bonus scenes and stuff, so it’s easy to catch up- which I recommend.

The Lizzie Bennett Diaries is a modern retelling of Pride and Prejudice written by vlogbrother Hank Green and Bernie Su told in vlogs- mostly by Lizzie herself, with guest appearances by everyone from her sisters and BFF Charlotte, to Mr. Collins and George Wickham. We haven’t seen Darcy yet, but we have to eventually, right?! Charlotte’s younger sister Maria, and Lydia Bennett each also have their own YouTube channels, so we get to see other sides of characters through them. Again, the characters also utilize twitter/tumblr/etc to help tell the story. YOU GUYS. I haven’t ever even read Pride and Prejudice but now I want to and I CAN’T because it will spoil the Lizzie Bennett Diaries. BUT I WILL. Promise.

SO that’s it, my somewhat random, and a little bit long-winded October Favorites. What are you loving this month? Let me know!